The main impact of emigration was my sense of the enormous importance of language…to be without language is to really live in a very dim world… a very dim exterior world and a very dim internal world…language is something which truly shapes us.

From: Conversations with History: Eva Hoffman in conversation with Harry Kreisler (2008). https://www.youtube.com/watch?feature=player_detailpage&v=LSgoCnAggy0

There’s a highly entertaining dictionary called From Lost to the River (now a website: www.fromlosttotheriver.com) in which Spanish idiomatic expressions, slangs and expletives are translated literally, with no attempt to properly translate and provide an adequate English equivalent. So, ‘de perdidos al río’ becomes ‘from lost to the river’ and as a result falls down the toilet of meaning. More entertainingly ‘no me toques las narices’ becomes ‘don’t touch my noses’. Of course you also play this game in reverse, ‘Bob’s your uncle’ becomes ‘Roberto es tu tío’ – utterly meaningless! Actually, I’m determined to introduce this extremely useful expression to the Spanish.

Of course, living in a language which isn’t ours, we easily fall into a myriad of traps. Strange and embarrassing abuses of the local idiom litter the conversation. From the above excessively literal translations, which admittedly can be very entertaining, through the problems arising from appalling accents, a single letter out of place to a general tendency to mispronounce, savage and tie the language in knots. The tongue is another of our organs that can easily under-perform under pressure.

Here’s a few of my own personal bad habits in Spanish. At some point along the way I became too anxious for everybody’s good ordering the bill, the reason being that the words cuenta (bill) and cuento (story) are far too alike. My children have been known to hide under the table when I’ve ordered ‘the story’, ‘el cuento, por favor’. They laughingly imagine the waiter sitting me down on his lap and reading incy wincy spider or somesuch. Similarly, cajones (drawers) is way too close to cojones (balls, as in testicles) for my own safety. I have a friend who loves to repeat my version of en la quinta puñeta (miles away): en la punta quiñeta, spoken sincerely and perhaps even trying to show off my capacity to use some local idioms.

I must here admit that I do have similar, obviously far fewer, hang-ups in my own mother tongue. For example, ever since I can remember I have, and still occasionally I need to stall and think about what I’m about to say, struggled to know the difference between lend and borrow. Both words became shrouded in anxiety early on in my life and still from time to time I have to approach them with caution.

The truth (as if I knew it) is we skate on very thin ice living and communicating in languages we acquire as adults or which we’ve only studied half-heartedly at school. Naturally, this flimsy film of mostly surface upon which we depend causes us to feel we inhabit a shallow superficial reality. The deeper waters of language, compounded by our even shallower stereotyped knowledge of local culture, are not so available to us, unless of course we fall through the ice and then these deeper waters only serve to drown us!  So much of communication in our own language/s exists at this below the surface level. For the none-native-speaker it’s as if we talk in riddles impossible to decipher and yet that’s mostly how we speak, in particular in our more intimate relationships, which often contain multiple private connotations, images, metaphors, jokes, idioms, etc. We don’t notice that we speak this way but it’s our complex relationship to language and culture that helps us perceive and feel the depth and complexity of the world about and inside us.

How does it feel? As Bob Dylan plaintively enquires in his great poem to separation and isolation: Like a rolling stone. How does it feel?… to not have the words, the tenses, the hidden cultural references, when in our own language we are agile, clever, competent, funny, sharp, informed, charming… Of course it’s frustrating, maddening, boring, lonely… Above all, it feels infantilising and can potentially induce highly regressive emotional states. It has felt at times to me like those worst moments as a child when the adults around seemed not to be listening and I felt incapable of making them listen, moments when I felt completely negated, like I didn’t exist.

What has happened to me in this new world? I don’t know. I don’t see what I’ve seen, don’t comprehend what’s in front of me. I’m not filled with language anymore, and I have only a memory of fullness to anguish me with the knowledge that, in this dark and empty state, I don’t really exist.  (Hoffman, 1989, p. 106)

These feelings, echoes of past experiences in which we felt isolated, that the world did not listen and that we lacked the capacity to find the words, can be key to the onset of depressive and anxiety states. Articulate and mostly able in my own language, suddenly I find myself feeling small, so so small, incapable, impotent, hopeless…”a complete unknown”.

In her 1989 book Lost in Translation, Eva Hoffman beautifully describes the “dim” world we enter when we enter a language which is not ours. The world of things around us unhooks from the familiar world of words,

Mostly the problem is that the signifier has become severed from the signified. The words I learn now don’t stand for things in the same unquestioned way they did in my native tongue. “River” in Polish was a vital sound, energized with the essence of riverhood, of my rivers, of my being immersed in rivers. “River” in English is cold – a word without an aura. It has no accumulated associations for me, and it does not give off the radiating haze of connotation. It does not evoke. (Hoffman, 1989, p. 106) 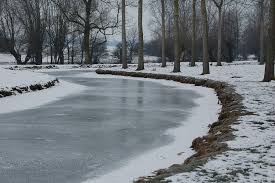 Suddenly words lose their “radiating haze of connotation” and become flimsy ‘post-it’ notes loosely attached to the surface of things and all too easily dislodged. The effect of this fundamental separation of signifier and signified is that even ordinary uses, from the most functional to the most free-wheelingly conversational, become infused with anxiety, awkwardness and, those emotions so central to shaping (mostly limiting) our social and relational experience: embarrassment and shame.

Hoffman describes with enormous clarity and tragic humor the painful experience of being immersed in English (in her case) in group experiences such as dinner parties, during which she struggles to follow the conversation and at times, in order to find at least some way of participating, how she quietly prepares something to contribute which, by the time she has it in good enough order for public consumption the conversation has (inevitably) moved on. I have sometimes imagined shouting out on such occasions, “could we all just go back 5 minutes to what we WERE talking about because I have something really interesting to say about that, which, by the way, is also grammatically correct”.

It is our relationship with embarrassment and its more private and primitive relative: shame, that is, in my view, the principle key to understanding any difficulties we may be having learning and, above all, using new languages. I know that when I’m feeling relaxed and confident the mistakes I make do not seem to matter. Even the embarrassment I might feel is less significant, in fact it might even cause me to think about my mistakes so as not to make them next time. However, when I’m down and feeling more sensitive, I will tend to avoid situations that contribute to my feeling bad about myself. Becoming avoidant (and isolated) is the most common interpersonal consequence of my intolerance of embarrassment and shame. Broadly speaking, if in my past the world has communicated to me that it is not okay (i.e., it is shameful) to make mistakes, then my response to the inevitable embarrassment involved in speaking in foreign tongues will be to tend towards avoiding them.

8 thoughts on “Lost in language/s”